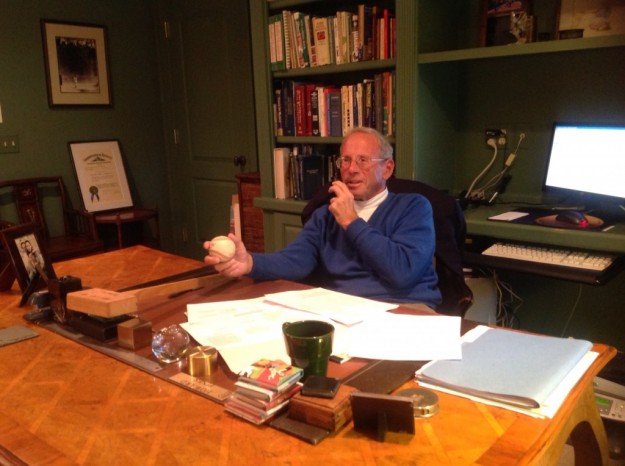 One of the biggest changes in how business operates, since I first started 50 years ago, is how managers and executives manage their time.  We always took a lunch break. We even stayed around after work discussing business issues, socializing and even sharing a few pops (beers). This is where deals were made, ideas developed, questions answered and relationships secured.

Today is very different and even more so with the advent of the internet and the smart phone. The focus now is much more on efficiency and getting the most out of every day, every hour and every minute. Many managers and executives never take time out during the day and even have lunch at their desks.

In the different environment where I grew up, I was mentored that relationships and developing trust with colleagues and even adversaries was critical to success. I learned early that it was easy to develop relationships with colleagues who shared similar interests and objectives, as it was natural to spend quality time together. However, it was much more difficult to develop productive relationships when interests, objectives and even values were very different. In the world of labor relations and later as a consultant developing clients, I learned that if I wanted to be successful and achieve difficult objectives, these were the relationships that counted.

The labor relations angle is easy to understand but difficult to maneuver. Most labor leaders had their own agenda, and while they had nothing against the company making money, their priority was representing their constituents whose needs and objectives were usually very different than the company’s. In addition, since many labor leaders were both very tough and sometimes crude many executives shied away from even trying to develop relationships.

One such labor leader was Charlie LaMotta, who was a top Teamster leader when I was first ascending the corporate ladder at P. Ballantine and Sons, a brewery based in Newark, NJ. Because he was so demanding, a number of the VPs of Labor grew to detest Charlie. However, I found him very interesting and since he had been around the labor scene for 35 years dealing with some of the most important Teamster and brewery leaders, I found him a fountain of knowledge.

By that time, P. Ballantine was in big financial trouble and the only way it was going to be sold was by reducing costs. The union mantra in those days was, “if they can’t make it, someone else will take their place.” However, my point to Charlie over a number of lunches and dinners was the world was changing, and if New York, New Jersey unions didn’t start working with companies, the business would go to environments where unions were not welcome. After awhile, Charlie began to trust me and bought into my plan.  Together we were able to work with the our management and the other unions involved to bring about major concessions which didn’t save P. Ballantine & Sons but insured it would be sold instead of closed.

Later, as an executive with Standard Brands and then as co-founder of BeamPines, a successful human resources consulting firm, I employed the same strategies. I met with colleagues and potential clients to discuss their needs and concerns, even when it didn’t directly benefit me. Understanding their concerns helped me be more supportive and usually led to a business relationship. Some of my biggest clients over the years came about because of what some people might label as my “wasting time.”

The truth is whether it’s a client, someone you’re coaching, a union official or a colleague, your willingness to “waste time” with them shows your support for them and gives you insights you would not have otherwise. If they trust your intentions and see you as supportive of their being successful, they put up less resistance to your ideas and as I will discuss in later blogs, may also allow you to uncover opportunities you might otherwise have missed.

Amelia Island resident Howard Pines (Website, Blog, Columns) has more than 30 years experience as CEO, chairman and founder of BeamPines, a premier firm in the Executive Coaching business. He also co-founded the BeamPines/Middlesex University Master's Program in Executive Coaching. Prior to that he served as Senior VP of Human Resources for a Fortune 100 corporation. He is author of "The Case for Wasting Time and Other Management Heresies."