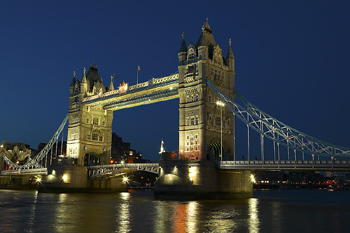 Undergraduate students in the Opus College of Business have the opportunity to study abroad during the fall semester on a UST sponsored study abroad trip called the London Business Semester. A group of about 50 students travel to London during their junior or senior year accompanied by two OCB faculty members each fall to not only learn a new perspective of business but also to learn a significant amount about themselves, methods of getting around in foreign countries and to quickly convert dollars to Pounds or Euros.

As a ’01 London Business Semester alumna myself, I was interested to hear about the trip this fall. Professor Dave Brennan was one of the faculty leads on the trip and provided some interesting observations of business in London:

Graduate students in the Opus College of Business also have the opportunity to study abroad, including to London. These trips are typically a week to 10 days away to fit in with professional committements. Learn more about current and future study abroad opportunities for graduate students.