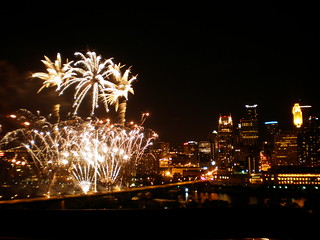 Summer is here at last, it seems, and for many Minnesotans that means it is festival season. Lately I've heard Minnesota called the Land of 10,000 festivals, and it appears there's something for everyone: art, beer, running, renaissance, Grand Old Day, the Aquatennial, the Irish Fair and, of course, the State Fair. Up north, Duluth has more than two dozen festivals. UST alumni have contributed a few to the mega mix of Minnesota festivals, like the Midwest Tomato Fest, now set for its third year on July 13.

How many festivals are there, actually, and what impact do all these events have on our state economy? MinnPost and Twin Cities Business recently sought to answer these questions and their article is worth a read. Here are a few snippets:

Despite our affinity for festivals, no comprehensive list of the state’s celebrations exists. Explore Minnesota Tourism, a state agency, lists about 600 festivals in its database, but it relies on self-reporting by festival organizers, according to research analyst Patrick Simmons. The Tourism Center at the University of Minnesota puts the count in the ballpark of 1,500, but director Ingrid Schneider says there are no good estimates of festivals nationwide, so it would be difficult to say how that compares with other states.

What all this festivity adds up to in total economic activity is similarly uncharted territory. While a few individual festivals have gathered data on their economic impact, thus far no one has put together an overall picture. Presumably, festival spending accounts for some portion of the $10 billion spent by travelers in Minnesota in 2011, according to a study by research firm Tourism Economics. That $10 billion in turn generated $17 billion in total business sales and $1.1 billion in taxes to state and local governments. How many millions or billions depends in part how far festivalgoers traveled, and how many booked hotel rooms, cabins, or camping sites, as overnight visits significantly drive up spending.