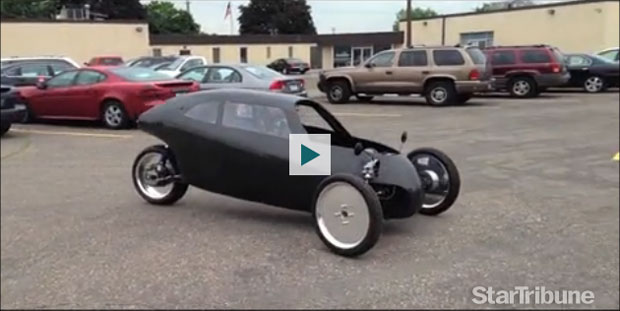 Would you bike to work if you could travel at highway speeds without breaking a sweat? Rich Kronfeld of Golden Valley would, and to do so he created a tricycle "sheathed in a carbon­-fiber pod and powered by a battery and electric motor that promise speeds of 80-90 miles per hour, though Kronfeld says he’s only taken it up to 45 mph." The pedals turn a generator, rather than the wheels, enabling the faster speeds.

The start-up was profiled in the Star Tribune last week and Mike Porter, a marketing professor who researches entrepreneurship here at the University of St. Thomas Opus College of Business commented on the company's prospects for getting additional investors and producing the bike-car-combo.