Remember when Netscape, Buena Vista and Excite were our options for internet searches and we had to dial up to get to the internet? Then, we were introduced to the Yahoo yodeler and heard from a talking dolphin in the 2002 Superbowl ad touting the fact he learned to talk using Yahoo. Yahoo grew through acquisition but much of that growth was in response to the more rapid growth of a company called Google.

While giving you the history of Google isn’t the focus of this post, I think it is important to know a few facts about the company in order to understand how it grew to be, in my opinion, a fun company. Here are a few historical highlights:

1995: Larry Page and Sergey Brin begin working on a search engine called BackRub which was housed on Stanford servers.

1997: It was decided that the name BackRub didn’t quite fit the vision of Page and Brin. Their brainstorming resulted in the name Google – a play on words using the term googol, a mathematical term used to described the number 1 followed by 100 zeros. (Perhaps googol also stands for the ultimate goal of Page and Brin in terms of identifying the value of their company.)

1998: Google files for incorporation in California  They also receive $100,000 in funding from Sun co-founder Andy Bechtolsheim which they use to set up work space in a garage in Menlo Park. Page and Brin hire their first employee.

1999: Google moves from their garage office to Palo Alto with a total of eight employees. Yoshka, the company dog, regularly came to work with the senior vice president of operations. The first chef was hired – he previously catered for the Grateful Dead.

2000: Yahoo began using Google for search until they developed their own search technology launched in 2004. Google becomes the largest search engine.

2002: Google AdWords was overhauled to include cost-per-click pricing allowing users to pay only when their ads are clicked. This marked a dramatic shift in how search engines charged advertisers.

2005 and beyond: Google explodes to become a corporate empire with significant acquisition and new development. “Google ” is to web searches as Kleenex is to tissue. In 2006, the word Google was added to the Webster’s Dictionary.

Why is a company like Google continually adding quirkiness into their culture while equally “nerdy” companies like Microsoft are not? My thought is it has to do with their roots. The founders and current leadership recognize the need to be a little goofy while still developing highly functional, innovative and customer focused products. If their share price is any indication, that strategy has clearly worked for them. Despite their status as the most popular search engine and parent company to well-known, acquired companies such as Blogger, YouTube, Picassa, Android, Zagat, and Frommer's, the company history website gets down to the basics including when their company dog was "hired" and the fact that their first chef was hired based on a cook-off judged by 40 employees.

Business Insider has a list of their top 10 reasons Google is The Greatest Company In The World. I include this list because a) it is good and b) who wouldn't agree that Google is a fun and innovative company when reminded of their R&D work in creating products such as self driving car or Google glass.

Here are some examples of the fun had by Google employees:

Not many companies update their main homepage on an almost daily basis. Google does. Even the Google Doodles name conveys the idea of a small entrepreneurial team spending a slow afternoon doodling to create new graphic ideas. Based on the search on the Google Doodles main page, they create doodles for around 85 countries to celebrate and commemorate the birthdays of inventors, presidents and historic figures, key historical events, anniversaries, and large scale events like the Olympics. Each Google Doodle uses symbols that ultimately spell out the company name.

And, the 150th Anniversary of the Tube in London: 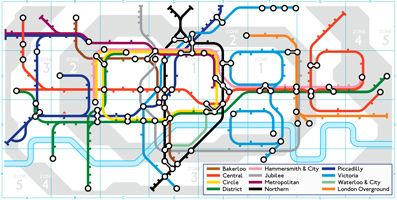 In software development, an easter egg is a hidden message or feature within the program. Google developers have had fun with this. Since this post is coming to you from a university, I feel like I can assign some homework. Don’t worry, it will be entertaining:

There are many more Google Easter Eggs. If you want to see more, just Google it.

Are you like me and every year think about the fact April Fool’s day is approaching but then, day of, forget? It’s now almost guaranteed Google developers will come up with something amusing to remind you. Here are some past April Fool's Day Pranks:

Know of other Google Easter Eggs or satirical offerings created by the company? Let us know. Have an idea of another fun company? Add your ideas in the comments and we’ll consider it for a future post.