This was the 20 year anniversary of the program, and in a fashion suitable for a major milestone, the NBMBAA’s Leaders of Tomorrow has taken its program to another level. Billed as “…Not a Vacation… but a Boot Camp for Success,” the four day youth conference fulfilled its billing, even including a 6 a.m. high intensity professionally-led calisthenics session. 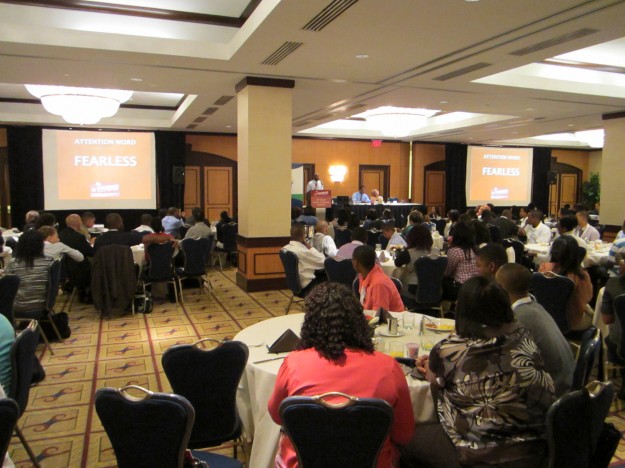 Call and response. The memory of 120 young voices responding in unison to the call "Leaders are...?" with the words "FEARLESS!!" 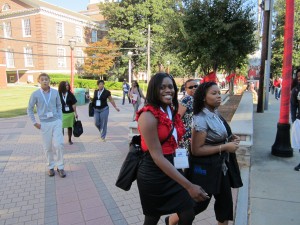 The program also included a tour of Spelman, Morehouse, Clark-Atlanta, and Emory universities, workshops on resume writing, applying to college, SAT preparation, and scholarship strategies, trips to the Georgia Aquarium and Six Flags, and national student elections. Oh, and a trip to a women’s shelter to provide two hours of community service, a visit to the Martin Luther King center, and not one but two after-parties. Not to mention daily homework study hours (after all, we were traveling on a school night) and the aforementioned early morning calisthenics.

You can imagine, not only were the student leaders “Fearless” but they were also thoroughly exhausted by the fourth and final day of the conference!

The LOT program engages African American students from around the country, as well as students of African descent from Canada and the UK. Some are exceptional scholars, while others were barely making the grade, prior to entering the program, which involves once- or twice-monthly local meetings in addition to the annual National Case Competition and the annual National Conference. Conference attendees are typically the most active and involved of the program participants. Here in Minneapolis our three students represented the roughly 40 or so students who attended at least one local Twin Cities LOT meeting this past year.