Holiday spending is the most concentrated retail sales event of the year. Last year the National Retail Federation estimated U.S. spending at $465 billion. This is about 10 percent of total annual retail sales and 20 percent of all non-auto and gas station sales. For certain types of retailers such as toys and jewelry, holiday spending is a make-or-break period. Holiday spending also reflects current consumer confidence and is often a bellwether for retailing in the coming year. That’s why we began conducting an annual holiday spending survey in 2002. In 2008 John Sailors and Jon Seltzer joined the research project team to add additional statistical and retail expertise to the survey.

Our survey also provides us with the opportunity to learn more about shopping behavior and gather additional research data. It provides a community service for consumers and retailers, along with creating awareness and interest in the Institute for Retailing Excellence, the Opus College of Business and the University of St. Thomas.

Each year we measure consumer spending intentions includ-ing household spending, total market spending, spending by mar-keting channel, product category purchases, shopping at regional centers and downtowns, and reasons for changes in spending from the previous year. We’ve also measured other things such as chang-es in shopping patterns as the result of the I-35 bridge collapse, changes after Macy’s bought Marshall Field’s, and a typology of customer groups over time.

Initially we mailed a four-page survey with a postage-paid return envelope to 3,000 households randomly selected in the 13- county Minneapolis-St. Paul Metropolitan Statistical Area. We usually had a response rate of approximately 10 percent, except in 2007 when the response rate fell to less than 5 percent. The fol-lowing year, we ran a test including the 3,000 mail surveys, 800 mail surveys using a magazine address list of randomly selected households and a computer household panel of 300 members.

The computer panel proved best: It produced results demo-graphically comparable to the mail survey and it cost less, took less time, could be done in November instead of October, had data that was clean and ready to use, was easier and faster for respondents to complete and it eliminated ambiguity and misunderstanding com-mon with mail surveys.

We’ve learned that the survey accurately reflects local con-sumer spending patterns. Since the Minneapolis-St. Paul metro area is only 1 percent of U.S. households, our survey varies somewhat from national surveys. For example, spending dropped more during the "great recession" locally, but we recovered faster than the rest of the nation. This may reflect the area’s generally more fiscally conservative values compared to the nation, as well as the healthier local economy compared to the nation.

Retailing is dynamic. As a result, we’ve had to make changes to the survey. Brookdale Mall is gone, downtowns have weakened, the Internet has become increasingly important, and new centers like Arbor Lakes and Riverdale have emerged as important retail centers. We also have added more questions about Internet shop-ping, stores shopped the most and the percentage of shopping completed by certain dates.

Holiday spending has varied significantly over the past decade. Spending per household in the early 2000s was almost $800 and then fell to $637 in 2009 during the great recession. This was a drop of about $160, or 20 percent. By 2011 household spending had rebounded to $703, up $66, or 10 percent, but still a long way from its peak in 2004. Total metro market spending followed a similar pattern. Spending peaked at $959 million in 2004 and then fell to $810 million in 2009 before rebounding to $915 million in 2011. An increase in the number of households helped offset a decline in individual household spending.

Plans for spending this year compared to last tends to par-allel the amount consumers plan to spend. Those planning to spend more reached a peak in 2007 and fell to 4 percent in 2008. Similarly, those who planned to spend less have generally been in the 30 percent range, except during the great recession years of 2008 and 2009, when 54 percent said they planned to spend less. Reasons for spending more or less can be categorized into system-atic and individual household factors. Leading systematic factors that affect everyone include how the economy is doing, gas prices and inflation, while individual household factors include promo-tion, a birth of a child, losing a job, retirement, etc.

We also track spending by place: regional centers and down-towns, non-mall stores, non-store retailing and the Internet. The biggest change has been the rapid and steady rise of Internet shop-ping. It has gone from 7 percent of holiday sales to 26 percent in the past 10 years. Non-store sales such as through catalog, TV and phone have dropped from 9 percent in 2002 to 3.5 percent in 2011. Store-based retailers also have seen a decline. Their share of sales has declined from more than 80 percent to less than 70 percent. Regional malls and downtown retailing tend to be more upscale and they were hit particularly hard during the great reces-sion. Their share declined while non-mall stores and downtown retailing regained their market position as the economy improved and customer spending increased.

We originally asked consumers in which of the nine regional malls and two downtowns they planned to shop at least once. In 2011 we added four centers that function like regional malls because of their size, diversity of stores and extensive trade areas: Albertville Outlet Center, Arbor Lakes area in Maple Grove, the Riverdale area in Coon Rapids, and the Woodbury Lakes area. Generally speaking, more people plan to shop at the Mall of America. This is the largest mall with more than 500 stores. Rosedale comes in second and Ridgedale third. These malls are strategically located in densely populated areas with excellent freeway access and extensive trade areas. In 2011 the percentage that planned to shop these malls was 29 percent, 21 percent and 9 percent respectively. Brookdale slid from 6 percent in 2003 to 1 percent in 2010 before being demolished and replaced with a Walmart Supercenter. Downtown Minneapolis has held its own over the past decade while downtown St. Paul has slowly declined. Minneapolis’ strength appears related to the large number of people who work there, the number and variety of stores, the Holidazzle Parade and Macy’s eighth-floor holiday exhibit. The added retail centers fare well, with the Arbor Lakes area the most popular, but are still low compared to most malls.

In terms of where respondents plan to do most of their shopping, Rosedale has been the most consistent leader with Ridgedale, Mall of America and Maplewood also very popular. Southdale and Burnsville were in the middle with North Town, Eden Prairie and Brookdale significantly less popular. Both down-towns were much less popular than other regional centers. Arbor Lakes and Riverdale were moderately popular. Most consumers shop at their closest retail center.

We also asked about planned purchases by category. Books, gift certificates and cards, clothing, entertainment and toys are the most consistently purchased categories. Consumer electron-ics – video-game related and computer related – are in the middle while sporting goods, jewelry and furniture and home furnishings are the lowest. Mobile phones and travel recently were added categories with mobile in the midgroup and travel in the most popular group.

This past year we expanded our research on Internet spending. Internet-only companies such as Amazon and "bricks and clicks" retailers such as Target and Target.com were the most popular, with each accounting for about 38 percent of Internet sales. Deals such as Groupon and broker facilitators like Ebay were in single digits. The most popular Internet shopping site was Amazon, fol-lowed very distantly by Ebay, Target.com and Barnes & Noble. com. The most popular stores were Target, followed distantly by Macy’s then Penney’s, Kohl’s and Best Buy.

Changes Seen Over the Decade

Regional malls’ importance generally has declined, especially during the great recession when discount stores and category-killer super stores such as Best Buy gained greater importance. The growing importance of Internet shopping is shifting spending in stores to the Internet, significantly undercutting store-based retailers, especially in consumer electronics, books and toys. Consumer demographics and new and different products have emerged over time, as well.

Some of the changes we saw over the decade were the rise of open-air life-style centers; more free-standing stores – especially discount and category-killer super stores; the continued decline of downtowns; and the declining importance of regional malls anchored by department stores.

Note: The authors and other researchers are members of the Marketing Department. Brennan is also co-director of the Institute for Retailing Excellence. 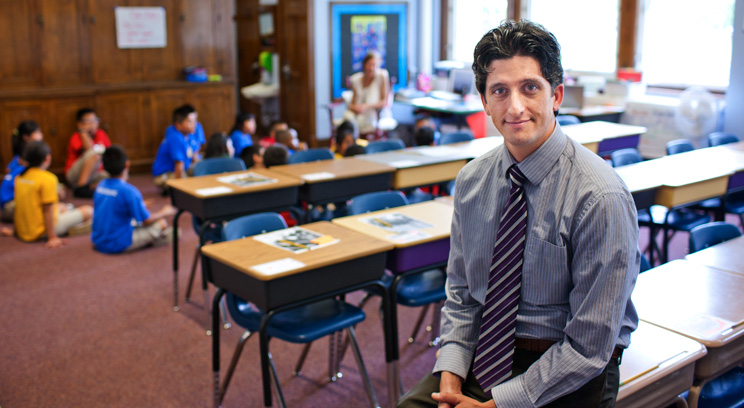