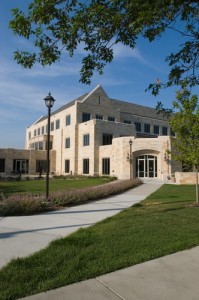 Anyone can opt to be an entrepreneur, but the real question is who will be successful.  At BeamPines we assessed many executives who, even when they were at the general manager level or higher, dreamed of leaving and running their own business. However, when given the opportunity, 90% of these executives opted instead to return to corporate life. Why? Since many of these executives had spouses, mortgages and children ready to enter or already in college, they worried about risk. So given an offer to take a high level job back in corporate with a good compensation package vs. the uncertainty of finding the right entrepreneurial opportunity, they usually chose the former.

The most famous entrepreneurs like Bill Gates, Jeff Bezos and Mark Zuckerberg are unique. Brilliant, impatient and impervious to risk, they can’t even wait to graduate college before getting started. One of our clients, Bob Stiller of Green Mountain Coffee Roasters, failed out of Syracuse twice before starting Easy Wider which became a big hit with people wanting to roll their own cigarettes. Once he sold this business, he took his profits and moved to Vermont where in 1981 he opened up a small cafe in Waitsfield, roasting and serving coffee. It was so good, demand for the coffee grew and local restaurants and inns asked to be supplied and Green Mountain Coffee came about. Doing very well, in 2006 he came up with the brilliant but risky idea to purchase Keurig, a manufacturer of single cup pods of coffee (the K cup). This gave GMCR a niche which enabled brought the company to new levels of success. The company’s stock is up 200% this year.

However, most executives don’t have the one “great idea.” To become successful entrepreneurs they need to either buy or start a business. They also need luck and the right timing. Here are three paths you might consider.

When Nabisco Brands sold the division where Jack Anton was president, he was offered other division president positions but he wanted an entrepreneurial opportunity. He finally found one and got some investors to fund the purchase. It turned out moderately successful with the investors selling it and doing fairly well. So he tried again. The second time, he struggled finding an opportunity until Ghirardelli Chocolate, a forgotten and struggling division of a Fortune 500 company, came available. Because he had been successful once, a private equity company who normally would not have been interested, helped him and he was in business. He developed a consumer business and the investors were able to sell Ghirardelli to Lindt for a big profit.

Good and possibly easier to find are smaller businesses (less than $5 million in sales). If the owner doesn’t have kids willing to take it over, they have a real problem ever getting out. We would suggest executives looking to buy a business approach these owners or their accountants, especially during the tax season, when small business owners are thinking about their next life. One individual, Chuck Sturz retired as a division controller at General Motors. . He approached Mr. Linden of Lindens Cookies, who also wanted to retire, and was happy to find a buyer. The Sturz family has now owned Lindens cookies for over 30 years.

The third way is to start your own business. Whether it’s a retail store, an insurance business or a consulting firm, the easiest part is putting out your shingle. However, since most times the business is not unique, you need to develop reasons for clients to buy your product or services.

BeamPines HR Consulting struggled in 1981 because we did not have a niche. As a friend of mine pointed out, the CEO and board don’t care how high the fee, they just want to retain the perceived best. One day, based on a client’s issue with a strong operator who was tough to live with, we came up with the idea for executive coaching. Interestingly, in 1981 while individual coaching was well established in sports, acting, opera and many other disciplines, for some reason it never made it to the executive realm. The timing was great and we got a lot of publicity which put our firm on the map. However, if the idea had come to us a few years later, it might have been too late.

It is easy to become an entrepreneur but it is tougher to be successful. One adviser told me, “to achieve the success you desire, you will need to be good at developing relationships and coming up with ideas or products which differentiate you from your competition.” Clients and customers want value and to avoid risk. They may like you, but if you don’t provide something better, they will stick with the competitor who does.

If you are willing to take the risks that come with being an entrepreneur, begin thinking about what would be a good business for you and how you will differentiate your services or products from your competitors. If you can’t do this or don’t want the risk, you are probably better off staying in corporate life.

Amelia Island resident Howard Pines (Website, Blog, Columns) has more than 30 years experience as CEO, chairman and founder of BeamPines, a premier firm in the Executive Coaching business. He also co-founded the BeamPines/Middlesex University Master’s Program in Executive Coaching. Prior to that he served as Senior VP of Human Resources for a Fortune 100 corporation. He is author of “The Case for Wasting Time and Other Management Heresies.”