A career in consulting has many benefits, only a number of which most people are aware. Given the economic conditions over the past few years, many individuals had come to view their career as something they needed to protect ­– where stability had become the best possible job benefit. Unfortunately, many people found their “stable” jobs to be anything but that. I’d wager most people would assume a career in consulting would have resulted in a similar outcome, given the assumption that a career in consulting is less stable than a full-time career as a salaried employee. This assumption, I’d argue, is false. 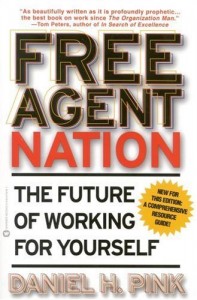 In his book Free Agent Nation, Daniel Pink discusses four major elements that make up a current cultural phenomenon that is guiding a greater percentage of the population to consider a career in consulting – a career as a free agent.

A career in consulting is quite flexible in nature. A contract can last anywhere from three months to three years and beyond. Companies like to have the right people at the right time on their team. Rather than hiring a number of full-time employees “just in case” they might need them, hiring consultants allows companies the ability to have “just-in-time” fulfillment. Additionally, from a company’s perspective, the price of hiring a consultant is often a known fee, paid out over the course of the assignment. Hiring a full-time employee, on the other hand, puts the company in the position of paying a recurring fee. For this reason, companies needing to cut costs, often consider terminating full-time positions in order to minimize recurring fees. Given this trend, a career in consulting can prove to be a more stable option than a career as a full-time employee.

Four additional benefits of having a career in consulting:

1. Independence – A role as a consultant allows you to select the companies you want to work for, the skills you want to utilize, and the projects you want to be involved with, to a greater degree than a full-time salaried employee. A career as a consultant allows you the freedom to be your own boss in a sense, deciding when to stay with a company and when to move on to your next opportunity (within the parameters of the contract you committed to). Naturally, you report to a boss within each assignment, but ultimately, you have much more flexibility in your career path and the skills you want to enhance, as you are in the position to decide which opportunities to select.

2. Flexible Work Hours – As a consultant, you are able to have much more flexibility in the hours you work, creating a healthier work-life balance. It is to a company’s advantage to pay you an hourly rate for the typical 40 hours per week, rather than paying you for an additional 20 or 30 hours in overtime. Of course, there are times that projects require more time commitment, but naturally, a company will opt to save money, and encourage you to work around 40 hours per week. This is a much different scenario than it is for a salaried employee, who will be paid the same amount regardless of the amount of time they work. In addition to the extra money you’ll earn if you work overtime, consultants, in general, tend to make more money.

3. Develop Your Expertise – As a consultant, you are able to develop a well-rounded, enhanced skill set that can be utilized by multiple companies, rather than just one specific skill set that applies to the company you’re currently working for. A well-rounded skill set is developed through working with various companies, on various projects, with various people. As you develop a solid set of various skills through consulting, you’ll find that companies are quicker to listen to you, and hire you because you have become an expert in your field.

4. Full Benefits – In the past, people have shied away from becoming a consultant because of their need of healthcare, benefits, and 401(k). Many search and consulting firms that a consultant can be employed through, now offer full benefits.

Stability as we know it is becoming redefined. People used to stay at one company for years because of pension offerings, and the stability the job offered. Now that “stability” is less commonly achieved through a single-job career, many people are opening up to the incentives of a career in consulting. More flexibility, better pay, development and utilization of greater skills, perception as an industry expert, development of your own personal brand, etc. – it sounds like a great opportunity to me!

Jim Erickson is the COO of Versique Executive Search and Consulting, and McKinley Consulting. He brings over 20 years of recruiting and consulting experience to the industry, and can be reached at jerickson@mckinleyconsulting.com.