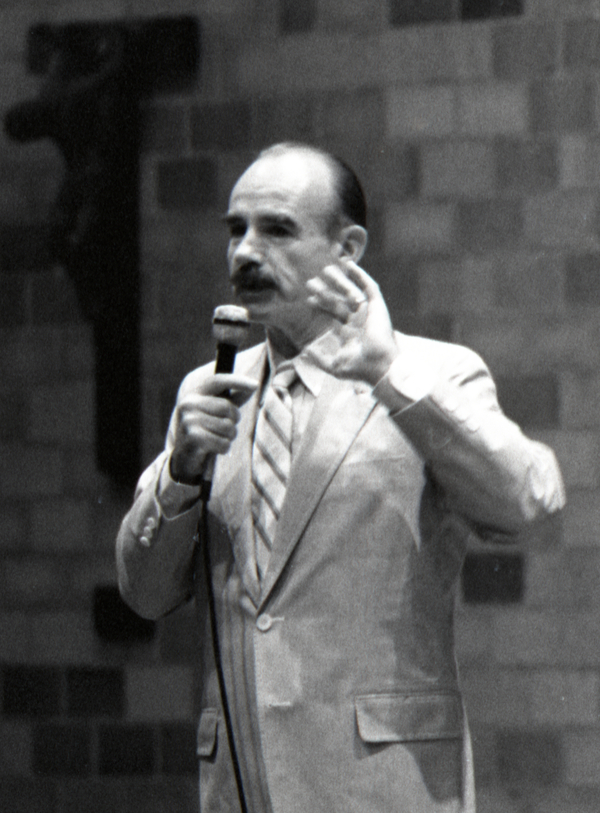 This unlikely duo, polar opposites politically, spoke at St. Thomas in the O’Shaughnessy Educational Center auditorium. They debated, more or less, “The State of the Mind vs. the Mind of the State.”

Leary, an author and psychologist and professor at Harvard University, is famous for his “Turn on – Tune in – Drop Out” manifesto (a slogan which he got from Marshall McLuhan, a philosopher of communication theory). Leary died at the age of 75 in 1996. Liddy, 82, is famous for his leading role in the Watergate break-in and refusing to testify to the U.S. Senate committee investigating the scandal.

Observing these two icons of the '60s and ’70s verbally sparring made for an interesting hour, although it was something of a vaudeville act. They had their shtick down pat after making the rounds of college campuses for several years.

I recall well a memorable exchange after Leary described how he first met Liddy – years earlier when Liddy, an assistant district attorney at the time, led a raid on his home.

Liddy responded: “Dr. Leary is not lying about what happened; he just can’t remember.” The standing-room-only audience laughed. But those were not funny times for the “State of the Mind” or the “Mind of the State.”

I think I gave the fight to Liddy on points, but I just can't remember.

The Depth of Field Icons series will bring you historical images of noteworthy cultural, political or artistic personalities who have visited campus.