Inc. magazine recently featured an article titled “How to Excel at Anything.” 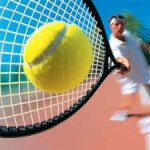 Author, Jeff Haden offers a clever comparison between sports and work, detailing the steps one needs to take to master a specific skill.  He provides 4 tips to mastery; Go Fast, Go Slow, Go Piece by Piece, and March to a Different Drum.  All valid tips that allow you to take a fresh look at how you approach the skill at hand.  I would like to add another step that athletes perform to excel.  Envision yourself succeeding.

Picturing yourself accomplishing a task and accomplishing it well provides you with confidence and makes the actual carrying out of the task a bit easier.  I once thought this was sports jargon until I attempted to learn tennis.  At age 24, having never picked up a racket outside of the required PE course in Jr. High, I was a tennis novice to say the least.  What looked like an easy sport, wasn’t for me.  After months of going to the local community center court I continued to frustrate my partners by my lack of skill, or to put it simply my lack of ability to rally.   For any of you who have ever tried to rally with an unskilled tennis player, you know how frustrating it can be.  I spent the majority of time running outside of the court and picking up the stray balls that I had hit into the bushes.

I decided to take a tennis class.  I was in grad school and I needed some non-academic instruction.  I signed up for an adult ed tennis class.  Class # 1 proved to be a disaster.  I was the worst one and aside from being embarrassed I wasn’t having fun.  At the end of class #2 the teacher took me aside and said “go home and picture yourself hitting a tennis ball.  Picture the racket making contact with the ball.  Picture the ball landing on your opponent’s side of the court (not the bushes).”

So one night, needing a distraction after a long night of studying Jungian theory, I lay down in bed and did just that.  I closed my eyes and envisioned myself a tennis pro.  I did it for about 5 minutes and pictured my racket making contact with the ball  while I watched the racket hit the ball.    The next morning I went to a local court with a classmate and tried to rally.  I discovered that I had a bad habit of closing my eyes when the ball came near.  Having grown up as a gymnast, the whole hand eye coordination skill was not one I honed. So, I started to open my eyes, literally, and my game slowly improved.  Had I never envisioned succeeding, I would have never discovered this terrible habit I formed and would have never learned to enjoy the game of tennis.

This can easily be applied to work and the job search.  Before you make an important presentation picture yourself the epitome of serenity, prior to an interview envision yourself marketing yourself effectively and relaying your STAR stories with engaging enthusiasm, and on your drive to the next networking event take a moment to imagine yourself effortlessly moving from group to group all the while interjecting your pitch when relevant.  It helps.  Truly.

This post is cross-posted from UST's Career Link blog