This post is by Evening UST MBA student Vitaly Demin, a strategy consultant at Eames Management Group and co-founder of the Russian technology blog Gridder.ru. 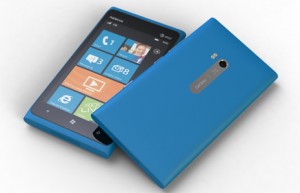 It might be interesting to know what Ballmer and Elop are sitting and thinking right now. Two arrogant people, who do not believe in the laws of branding and who thought that their product would be a smash hit, have failed. Now, is there any chance the US-Finnish joint venture can survive in the world dominated by Apple and Google? As many mistakes as Ballmer and Elop made, I believe they can still do certain things that can give them some hope for a place in the mobile industry. Here are three strategies I singled out that can potentially make a difference for this failing product.

When Nokia and Microsoft launched Nokia Lumia 900 last month they screwed up at pretty much every aspect that they possibly could. The phone did not have competitive enough hardware specs, it had connectivity problems from day one and their “Beta-tester” advertising campaign could not have been more terrible and desperate to say the least. Nevertheless, Nokia Lumia did achieve one thing – they now own the Cyan color. This color totally attracts the eye and strongly differentiates them from the competition. So if you think about it – this is their strength in a way and I truly believe they can and should leverage it. First thing I would do is focus on the putting this color on all their phone accessories starting with headphones. Just like Apple once did by making their headphones white, Nokia can now make their headphones Cyan. It’s a great color and it will appeal to the consumer. Also, by now the “white Apple headphone” thing is getting a little old and Nokia can jump right in with a fresh color for their own branded headphones along with other accessories. This move will reinforce the visual differentiation of their smartphone brand from the iPhone and Android phones which is critical for them at this point. They should also push this color in every single ad they produce to integrate it into their visual marketing message strategy.

2. Drop the word “Nokia” from the name

As much arrogance as Nokia has and as unwilling they might be about doing this, they really need to get their name out of the equation. I mentioned this in one of my previous articles - one the biggest mistakes Nokia and Microsoft did was putting the old Nokia name on the brand new smartphone. This will never work simply because the Nokia name stands for an old generation of phones. As much as Elop would like to believe that Nokia is still an awesome brand, it’s a dead name that will go extinct rather soon. Instead of calling the smartphone “Nokia Lumia 900” they can simply call it “Lumia”, just like Apple called their phone “iPhone”. If that’s too much of ego and pride for Ballmer and Elop to swallow, then they will have to swallow a lot more financial losses and humiliation as they become irrelevant literally month by month now.

The only way Microsoft’s mobile operating system can have a shot at some sort of market position is if they focus on their partnership with Nokia and do everything that can strengthen the brand of the Lumia phone. One thing that can help them get closer to this goal is renaming their incorrectly branded operating system from “Windows Phone” to “Lumia OS.” There’s really no point going into the fact that Microsoft made a huge mistake by giving their brand new mobile operating system the name of their old desktop operating platform – everybody knows it by now (hopefully, them too). It needs to be renamed as soon as possible and I think there’s no better strategy at this point than to call it “Lumia OS.” This will allow Nokia and Microsoft market this device as a product of their exclusive partnership and create the perception of the uniqueness of this smartphone. Lumia smartphone running Lumia OS has a much better chance of competing with iPhone and Android than Nokia Lumia 900 running Microsoft Windows Phone.